In April, my wife and I adopted a puppy! This is Ripley—she’s a German Shepherd / Basset Hound / ¯\_(ツ) /¯ mix that we adopted through Great Dog Rescue New England. (For the record, that’s “Lieutenant Ellen” not “Believe It Or Not”.) 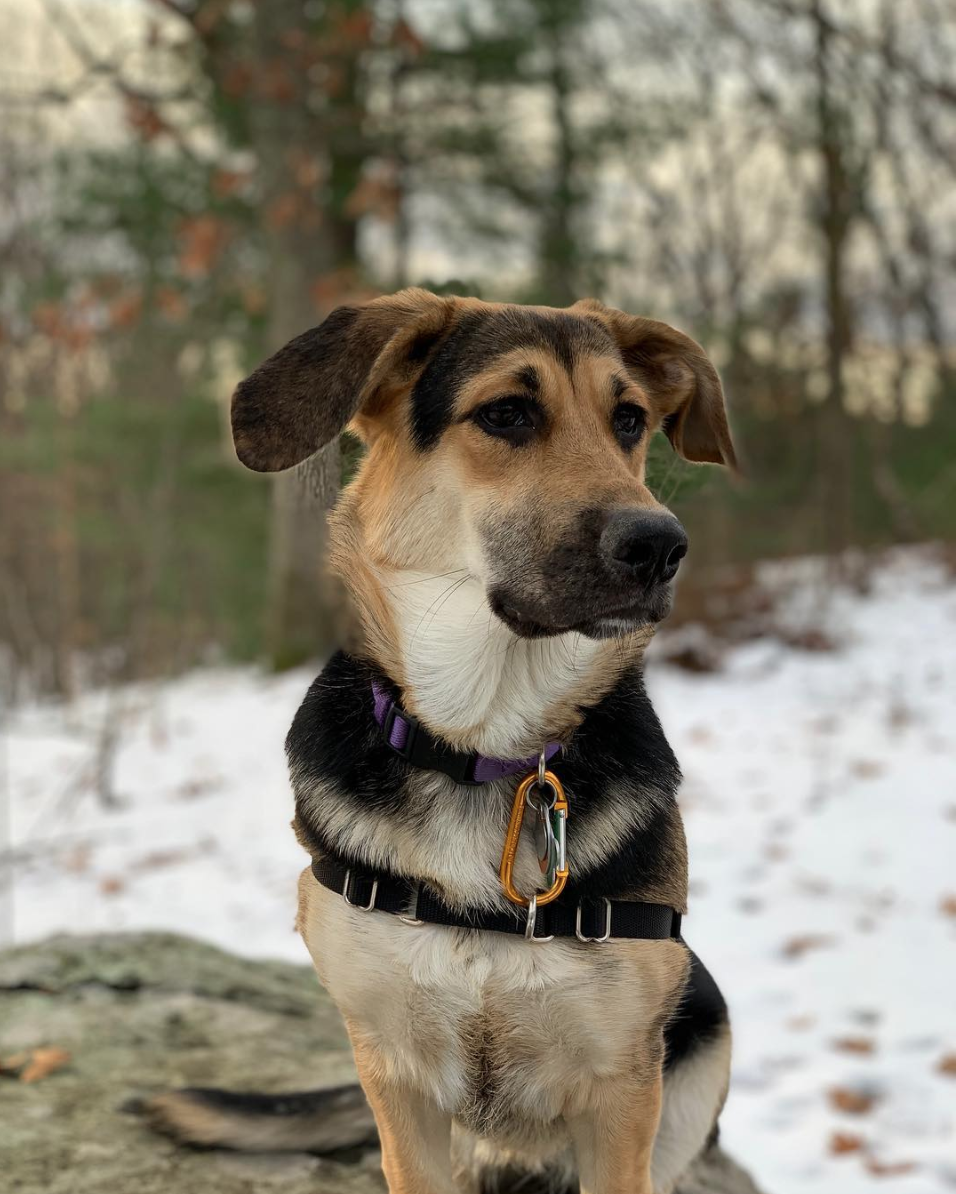 She’s been a wonderful addition to the household, and we’ve spend much of the year learning how to Life With Dog.

I have one simple goal for next year: commit to running Average to Savage for the whole year.

I did this! And it worked pretty well. Over the course of three runs through the program, I put 45 lbs on my squat and deadlift training maxes, 22.5 lbs on bench press, and maybe 5 lbs on overhead press. I haven’t tested true 1RMs all year, but rep maxes have all been moving in the right direction. Most importantly for my goals: I got modestly more jacked, definitely can handle more volume, and didn’t get hurt.

For 2019, I’d like to take the base I built this year and push my top-end strength up to make progress towards my long-term 2/3/4/5 plate goals for press/bench/squat/deadlift. I’ll definitely be committing to another single program for a long stretch of time, at least six months. Maybe a year. The leading candidate is something GZCL method-based. I’m giving myself until I get back from visiting family in the second week of January to firmly commit to the specifics.

I read less than my usual this year, only finishing 31 books. Seven of these were over 700 page fantasy doorstoppers, so that’s not quite as low as sounds, but it’s still substantially less than last year. I think a gentle nudge to spend a few more evenings reading is in order here.

On the diversity-of-authors front: of 31 books read, 14 were by women, 3 were by people of color and 4 were by publicly LGBTQ authors.

I quit using Twitter in March. My reasons at the time were time and attention-based, but I think what’s kept me from coming back is how much better it’s been for my mental health. I miss some of the connections I had with people there, but I don’t miss taking a cortisol bath every time I opened Tweetdeck.

I’ve spent a lot of time this year trying out different tools and techniques for organizing notes and todos.

I don’t have a ton of time to play games, and tend to go all-in on a single game at a time. I played a lot of Overwatch early in the year, but found it was only really fun when playing with friends I actually knew. Switched over to playing Warframe since, and it’s been a blast.

…in 2018, I’m going to try averaging one post a week here about something I’m learning, practicing or building.

That did not go well. Right off the bat, I had trouble hitting that weekly cadence. Working through nand2tetris was slow and trying to get a weekly piece written on it felt more like producing a grade school book report than sharing the joy and satisfaction of learning. I disliked how these pieces read enough to push them off the front page of this blog.

Falling further and further behind added stress and guilt instead of getting me excited. When my wife and I adopted Ripley at eight weeks old in April, my free time and sleep schedule got put in a blender for most of the summer. I never really got back on track, aside from a brief burst of hilariously overestimating my time and mental energy in starting a learn to draw course.

There are a lot of stories out there about people using methods like this to accomplish great creative endeavors (famously, Jerry Seinfeld’s daily don’t break the chain). I wouldn’t rule out this approach from ever working for me, but this particular implementation was clearly a very poor fit.

What can I take away from this failure? It may have come down to this: learning is not a linear process. You go through through long periods of struggling to absorb and integrate new information before any breakthroughs happen. In setting that concrete writing goal, I trying to graft a nonlinear progression onto a strict schedule. Maybe it shouldn’t be surprising that it backfired on me.

I still need to find a process that works for me. I still think a lot about Deep Work and want to push towards a place where that kind of deep, meaningful focus and work is a regular part of my life. So: for 2018, I’m going to run a bunch of experiments to see what I can get to stick, maybe one a month or so. I might share the results, but probably not until year’s end when I’ve had a long time to see how the successful tests play out.